New Posts
Enormous solar super-storm could knock out the internet...
Electronic E.T.: Intelligent Aliens Are Likely Machines
Join Our New Group
HARVARD ASTRONOMER SAYS HE’S BUILDING DEVICE TO CAPTURE...
VIDEO: NASA Photo of Alien Spaceship Crashed On...
The Search For Extraterrestrial Life, UFOS, And Our...
Mars Photos by Curiosity Rover Teeming with ‘UFOs’
Is an unknown space object a ‘message in...
Wormholes And Ufos: The Extraordinary Extraterrestrial Saga Continues...
‘Spanish Stonehenge’ has reemerged amid Europe’s sizzling drought
Alien life may be too scared of ‘dangerous’...
According To Russia, Antarctica Is NOT What You’ve...
Stephen Hawking left us bold predictions on AI,...

Do extraterrestrials exist? We don’t need a government report to answer that

Creepy Stories and Theories About the Black Knight Satellite

Black Knight satellite conspiracy theories are so juicy you wanna believe them. From ancient civilizations to alien technology, the source material is too good to be denied. Nikola Tesla is even involved. Everything connected to Tesla is too good to be true, including David Bowie’s portrayal of him in Christopher Nolan’s The Prestige. Wait, and didn’t Nolan also direct The Dark Knight? Doesn’t that sound a lot like Black Knight? There’s another conspiracy for you right there.

It Was Discovered by Nikola Tesla 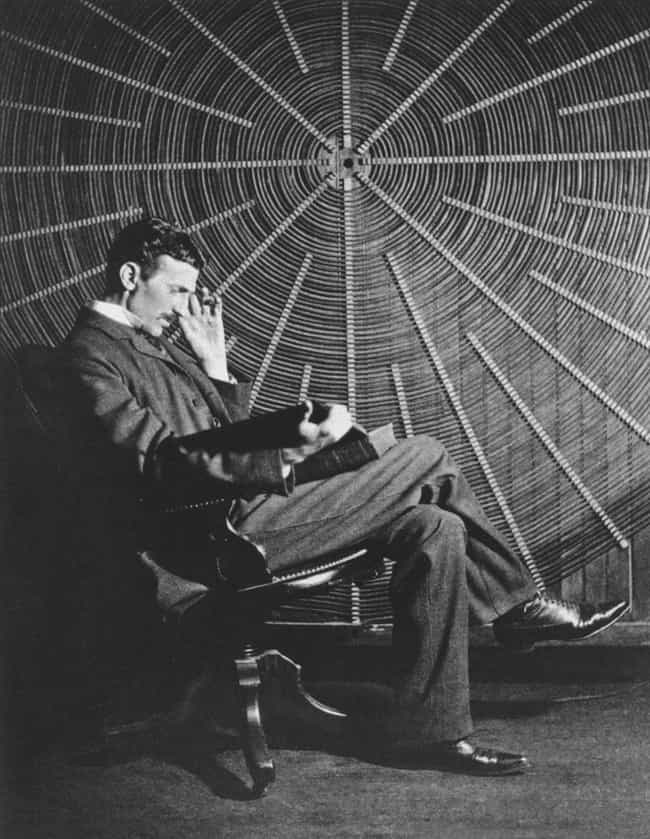 In 1901, Tesla published an article in Collier’s Weekly detailing his experiments with electrical currents. He claims he experienced unexplained disturbances in electrical signals, and concludes that the source may have been extraterrestrials trying to communicate.

He wrote, “It was some time afterward when the thought flashed upon my mind that the disturbances I had observed might be due to an intelligent control. Although I could not decipher their meaning, it was impossible for me to think of them as having been entirely accidental. The feeling is constantly growing on me that I had been the first to hear the greeting of one planet to another.”

In 1927, amateur Norwegian radio operator Jørgen Hals discovered long delayed echoes (LDEs), which are echoes of short-wave transmissions. He couldn’t figure out what was causing the LDEs, and neither could anyone else; scientists still don’t know what causes them. One theory is that these echoes were the same signals Tesla heard—and they were coming from intelligent beings in space.

It Could Be a Bracewell Probe

Tesla and Hals both heard radio signals they attributed to intelligent beings from space, but in 1960, Ronald Bracewell took things a step further by publishing a theory on how other life forms might try to communicate with us. According to Bracewell, they would fill a probe or satellite with all the information they wanted to communicate and launch it into space. The probe would then seek civilizations capable of interpreting its messages.

Such a probe is necessary because it can travel great distances, and would need to get close to whichever planet it was trying to communicate with in order to transmit its messages. Were the transmissions Tesla and Hals heard coming from such a satellite?

In 1954, reports emerged that Dr. Lincoln LaPaz of the University of New Mexico spotted two satellites orbiting the Earth. LaPaz denied the claims, but it’s possible the government was trying to cover up the sighting.

There Was a Second Witness

Clyde Tombaugh, famed astronomer who discovered Pluto, was at UNM with Lincoln LaPaz during the supposed Black Satellite sighting. Tombaugh and LaPaz were doing secret research for the military on the existence of alien satellites and the origins of other unexplained phenomena. Tombaugh also denied the satellite reports, but in a much more cryptic manner than his colleague.

The first satellite released into space, Sputnik 1, was launched by Russia in October 1957. In 1954, three years before Sputnik, retired Marine Corps Major Donald Keyhoe claimed that two satellites were orbiting Earth, and that Secretary of the Air Force Harold Talbott had personally seen one of them. Talbott denied the claims. Keyhoe was a UFO expert who wrote several nonfiction books on the subject and was taken quite seriously as a journalist.

In February 1960, several magazines and newspapers reported on a mysterious satellite detected by the US military. No one knew where it came from. In March 1960, Time magazine claimed that the object was a retrorocket from a Discoverer satellite. See, when a satellite returns to Earth, it fires a retrorocket to slow its descent; the retrorocket has a parachute, and is supposed to be picked up by scout planes as it falls.

According to Time, when this particular Discoverer launched its retrorocket in August 1959, it disappeared, and no one noticed it orbiting for five months, even though the Department of Defense (DOD) employed people whose sole responsibility was monitoring objects in space. These DOD employees used a radar detector dubbed “Dark Fence” to help alert them to objects orbiting over the US. Here’s how Time explained the blunder:

“Instead of slowing the recovery capsule and bringing it down, the rocket’s thrust had increased the capsule’s speed and put it in a different and higher orbit, where it circled for five months before the still-inexperienced Dark Fence watchers noticed it. With this experience behind them. the space watchers could be expected to do better the next time a silent, unknown satellite starts criss-crossing the sky.”

With that stellar explanation, it’s no wonder some people believe Time’s story was a cover-up.

Did Astronaut Gordon Cooper See It?

Some claim that, in 1963, astronaut Gordon Cooper saw a UFO cut across the sky while on the Mercury 9 space flight over Perth, Australia. Reports indicate the object was also seen on the radar at Muchea Tracking Station, outside Perth. Cooper has explicitly denied these claims, but others are convinced he was coerced into silence.

It Comes From Epsilon Boötis

In 1974, Scottish astronomy writer Duncan Lunan purported to have decoded the LDEs Jørgen Hals heard in the ’20s. Lunan claimed they were a map of star system Epsilon Boötis. Could the message have come from aliens on a planet in the Epsilon Boötis system?

There’s only one problem with Duncan Lunan’s decoded map theory: Arcturus, a bright star from the Boötes constellation, where the Epsilon Boötis system is located, was in the wrong place when checked against star charts. Lunan did some research and discovered that Arcturus had once been located where the map claimed it was—13,000 years ago. This means the probe must have been launched more than 13,000 years ago, when Arcturus was still in that position.

The Endeavor Captured a Picture of It in 1998

On a 1998 mission, the Endeavor space shuttle captured a picture of something floating outside the craft. NASA wrote it off as a lost thermal blanket, but others contend it seems too rigid to be a blanket.

It Has Visited Earth

In August 2015, footage emerged from Jacksonville, FL showing a mysterious object hovering in the sky. It looked suspiciously like the object in the photo from the Endeavor, and some claim that it’s the Black Knight satellite.

Pepsi Made a Movie Blaming the Government for Covering Up Knowledge of the Black Knight (WTF?)

In 2015, Pepsi released a short film entitled Black Knight Decoded. The story follows characters played by David Oyelowo and Freida Pinto as they decode transmissions from the Black Knight satellite and release them to the world. Throughout the short, the government tries desperately to shut the operation down.

Does the government actually know something about the Black Knight? Maybe, but take this evidence with a grain of salt: it was written and produced by noted liar James Frey. Also, it’s basically just an extended music video for an Usher song. And was made by Pepsi.

It Was Spotted Near the International Space Station

Philip K. Dick Was Contacted by It

Philip K Dick, author of Do Androids Dream of Electric Sheep?, which was adapted into Blade Runner, kept a journal, in which he documented his experiences with an extraterrestrial being. Parts of this journal were published in a collection called The Exegesis, which included detailed passages about recurring hallucinations Dick experienced. These visions involved an entity he called the Vast Active Living Intelligence System (VALIS). Dick claimed VALIS was a satellite, the sole purpose of which was to act as a communication tool between humans and extraterrestrial beings. Sound familiar?

One Thing We Don’t Know

No one has been able to pinpoint when these sighting and stories started to coalesce into the Black Knight satellite theory; similarly, no one knows where the name “Black Knight” came from. Some speculate it was taken from a British rocket, but it’s never been proven.

The Search For Extraterrestrial Life, UFOS, And Our...

Is an unknown space object a ‘message in...

Why Ancient Sumerians May Have Built Advanced Spaceports,...

Lumberjack saw ‘fire in the sky’ before being...